CRE Northwest congratulates Charles Simonyi and his team which include Magnus Christerson Executive Vice President and Hartley Paul Legal Counsel on their merger with Microsoft.

Intentional Software, the Bellevue-based startup founded by the Microsoft veteran who oversaw the creation of products including Word and Excel.

Charles Simonyi in 2002 left Microsoft (Nasdaq: MSFT) to start Intentional Software with a plan to make programming less complicated. It’s unclear exactly what the company has been working on since, but Microsoft Office executive Rajesh Jha in a blog post announcing the deal wrote the “team has applied their programming expertise to develop productivity scenarios for the future workforce.”

Simonyi joined Microsoft in 1981 and oversaw the creation of many of Microsoft’s most well-known productivity products. He’s joining Microsoft again through the acquisition. Intentional Software’s technology and talent, Jha said, will help Microsoft add new productivity tools and services.

The companies have been working together for two years, Simonyi wrote in a blog post, and the talks led to the acquisition. Simonyi envisions the next sea change in the technology industry will be combining hardware devices including Microsoft’s Surface products with machine learning to promote productivity.

“Given where we are, another sea change will require tremendous undertakings that only a company with the depth and breadth of Microsoft can bring to fruition,” Simonyi said. “It will amount to reinventing productivity itself. I am very proud that Intentional technology will serve as a small, but important, part of this effort.”

The early Microsoft employee is also a billionaire space traveler and philanthropist. Simonyi and his wife, Lisa, paid $11 million for a waterfront estate in Medina late last year and launched the Charles and Lisa Simonyi Fund for Arts and Sciences in 2003, starting with $50 million and growing to a little more than $100 million before closing in 2013.

Microsoft did not disclose financial terms of the deal, which is subject to regulatory approval. 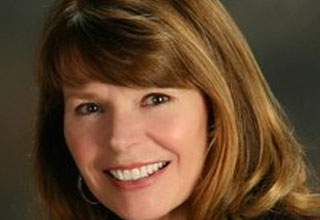